Why cant I record any program at any time on my Recorder? Print

Ever wondered why you cannot see some channels when recording? Perhaps you have been kicked off something you were watching when a recording started, this FAQ page will shed some light on what is happening and how you can work around it. 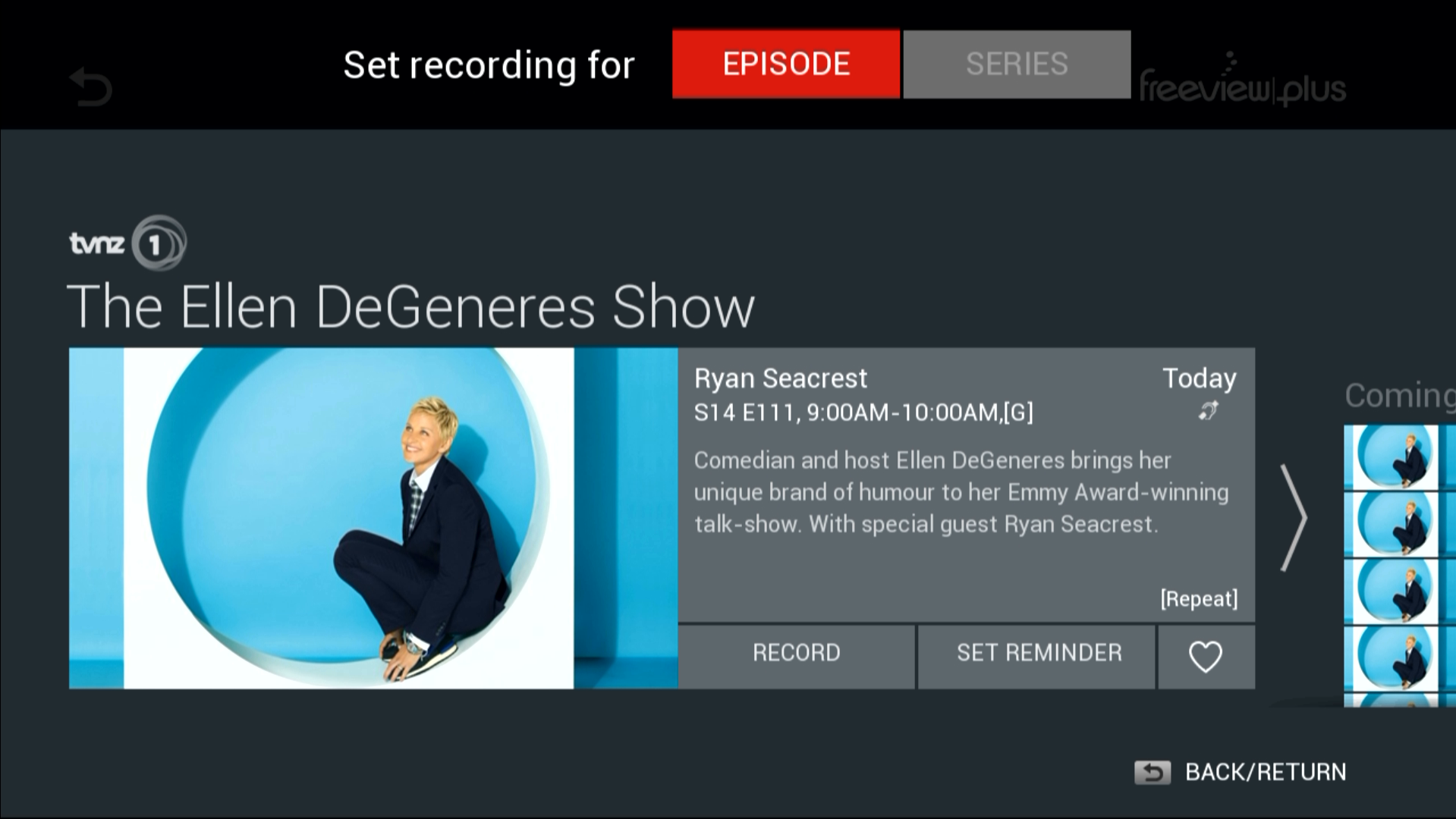 In New Zealand Freeview broadcasts on two platforms FreeviewHD - UHF and Freeview Satellite. Within each platform the broadcasters transmit the channels you view within a Frequency or Transponder (TP) this "Channel Group' or 'Frequency' is often a group of channels provided by one broadcaster e.g. TVNZ1 and TVNZ2 from TVNZ are in the same group.

There are different channels groups between Satellite and UHF.
A tuner can only be tuned into and receive one frequency at a time. However within each Frequency/Group there can be a number of channels, this affects what channels your Freeview Recorder can record or view at once. Another factor is whether you have a single tuner or dual tuner recorder.

A full function dual tuner recorder will give you a greater range of recording and viewing options. With two tuners available, this allows a dual tuner recorder to tune into and record from two separate frequencies/groups at the same time. Alternatively, you can record a single frequency/group with one tuner and watch any available channel with the other tuner.
During recording, the channels available for you to watch depend on the channels the individual broadcasters provide within that frequency/group (see tables below for examples).
When using both tuners to record, your dual tuner recorder will not allow you to select another channel outside of the selected frequencies/groups; as this would disrupt the recordings.

Transponders for Broadcasted Channels on Satellite.

If you choose to record or watch The Edge, Bravo+1, or Prime, because they are separate frequency's your second tuner can only choose ONE of the other Freeview frequencies, thereby limiting your channel options. Of course you can also watch a pre-recorded program while your receiver is recording.
The situation is basically the same with a UHF terrestrial dual tuner recorder on Freeview|HD via your UHF aerial. There are currently five frequencies used, but this may grow. And so you have the same situation but with the channels distributed differently between the frequencies. Your receiver will automatically stop you from changing to another channel if it is not available while recording.

Did you find it helpful? Yes No

Send feedback
Sorry we couldn't be helpful. Help us improve this article with your feedback.